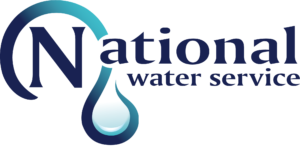 Gas water heaters account for 60% of all household water heaters. Yet, there is a constant debate on whether or not they are energy efficient and worth the investment.

Let’s take a closer look at gas water heaters and put the debate to rest. 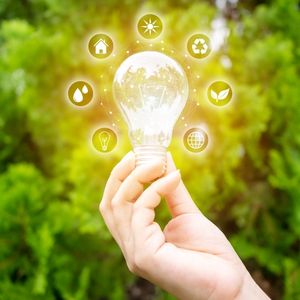 How does a gas water heater work?

A gas water heater is a very safe and efficient appliance where heat is generated inside the tank and is transferred through pipes to the user.

Gas water heaters use a burner to turn natural gas or propane into heat energy, which makes the tank hot enough to heat up the water in it. The tank then stores the hot water until it is needed.

The same mechanism is followed by a tankless water heater, too, except it doesn’t store the water and works on demand.

How sustainable is a gas water heater? 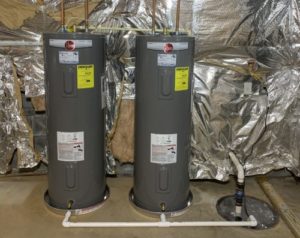 Gas water heaters are green as they use natural gas and propane to heat water. While natural gas is cheaper and relatively less efficient, propane can be used to improve the efficiency of your heater.

The U.S. Energy Information Administration (EIA) further confirms that “burning natural gas for energy results in fewer emissions of nearly all types of air pollutants and carbon dioxide (CO2) than burning coal or petroleum products to produce an equal amount of energy.”

Natural gas is also partially renewable whereas electricity is produced by burning fossil fuels, making the latter a non-renewable resource.

By comparison, electric water heaters aren’t as sustainable as they are perceived to be. Natural gas water heaters might use only 60% of the energy supplied to them but the electricity loss during transmission in electric heaters is a bigger issue to worry about.

Households in the US waste up to 25% of electrical energy every year. And electric heaters alone lose 2% to 6% of electricity each time they are used. The number may not seem like a lot but it adds up.

To put it into perspective, according to NRDC, “The U.S. grid loses about 5 percent of all the electricity generated through transmission and distribution.” That’s 69 trillion BTUs, which is “enough to power all seven Central American countries four times.”

Why gas water heaters are more energy-efficient than electric heaters

They use less energy than an electric water heater 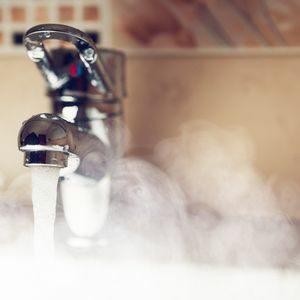 An electric heater needs to work twice as hard as a gas heater to produce hot water. It takes about 60 to 80 minutes to fully heat up the water in the tank, which means that it has to use more energy overall.

In contrast, a gas heater requires 30 to 40 minutes to heat up the same amount of water – similar to a heat pump water heater.

There is no official difference in the efficiency rating

Only certified electric heaters deliver an energy efficiency of more than 0.60. But even an average gas water heater will deliver 0.60 as standard efficiency.

Additionally, a recent study conducted by Consumer Reports concludes that there is no difference in the performance of gas and electric heaters. In fact, these appliances “performed so similarly to each other” that Consumer Reports had to change their usual way of writing their report as there weren’t many points of differentiation to report.

Still, if you are concerned with efficiency, opting for a tankless gas heater will give you 20% more energy efficiency than any other model.

Electric water heaters don’t come in high-efficiency styles, probably because the existing standard variants in the market are already operating to their fullest potential. This means the savings that they are offering are the best they can. Energy-Star rated gas heaters, on the other hand, can offer up to 85% of energy efficiency as well as about $3,000 in lifetime savings. 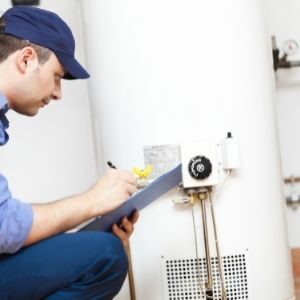 Energy efficiency has little to do with the device and more to do with the input that the appliance is offering. The unit of input for gas heaters is BTU and watts for electricity.

Depending on their sizes, a gas water heater can range from 30,000 to 180,000 BTUs while an electric heater can be between 1,440 to 5,500. The higher the BTUs and watts, the quicker your water will heat and the more energy your appliance will consume.

You can make your appliance more energy efficient

Gas heaters are already energy efficient. But since gas water heater efficiency also depends on the source of energy, you can use sustainable and cleaner energy to power your appliances. For instance, using solar energy as your power source can significantly increase a gas water heater’s efficiency.

Gas water heaters may cost you upfront but they are cheaper to run than electric ones because their fuel – natural gas – costs less than electricity. At least that’s what we have been told for the longest time.

So, which one is it going to be for you?

Get A Quote Today