Is Fluoride In Water Good For You?

Home > Blog  > Is Fluoride In Water Good For You?

24 Sep Is Fluoride In Water Good For You? 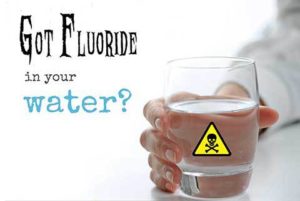 Since the 1940’s, most Americans have been told of the health benefits of adding Fluoride to our water, our toothpastes and to “gargle and spit” while at the dentist. However, recent studies by the world’s oldest and prestigious medical journal, The Lancet, have officially classified fluoride as a Neurotoxin, the same category as arsenic, lead and mercury. The report specifically notes that neuro-developmental disabilities from fluoride including attention-deficit hyperactivity disorder, dyslexia, and other cognitive impairments, are now affecting millions of children worldwide in what they call a “pandemic of developmental Neurotoxicity.” If you’ve ever noticed the warnings on toothpaste labels you probably know just how serious fluoride poisoning can be, especially for children if they swallow too much at one time.

The report in The Lancet coincides with 2013 findings by a Harvard University meta-analysis funded by the National Institutes of Health that concluded that children in areas with highly fluoridated water have “significantly lower” IQ scores that those who live in areas with low amounts of fluoride in their water supplies. In addition, Fluoride can lead to dental and skeletal fluorosis, or a hardening of your bones and joints, resulting in higher risk of fractures or breaks. Cardiovascular problems have also been linked back to fluoride, including high blood pressure, arteriosclerosis, cardiac insufficiency and even heart failure.

Due to these findings most developed nations in the world have rejected fluoridation, including 97% of western Europe. The United States, which fluoridates more than 70% of its water supplies, is an exception to this rule. According to the British Fluoridation Society, there are more people drinking artificially fluoridated water in the United States than all other countries combined. The Center for Disease Control (CDC), a main proponent of fluoride, stated that “as a result of water fluoridation, dental caries declined precipitously during the second half of the 20th century.” However, what the CDC has failed to mention is that tooth decay rates have “precipitously declined” in all western countries, irrespective of whether the country ever fluoridated its water.

Despite these reports, most Americans consider fluoride to be an important part of our countries water purification.  All water treatment chemicals, with the exception of fluoride, are added to make drinking water safe and pleasant to consume. Fluoride is the only chemical added to treat people who consume the water, rather than the water itself. Fluoridating water supplies can thus fairly be described as a form of mass medication, which is why most European countries have rejected the practice. However, personal, in-home, water treatment systems, such as a Reverse Osmosis or Carbon tanks or filters can be used to remove fluoride from water. To learn more about the effects of fluoride and how to remove it, as well as other impurities from your water, please contact National Water Service at 301-854-1333 or by email at info@nationalwaterservice.com. 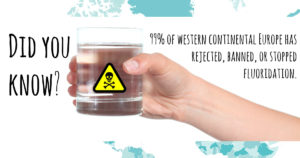 Cancel Reply
For over 40 years, National Water Service has been a Leader throughout the Mid-Atlantic Region for all things Water Treatment, Water Testing, and Well Pump related.
Contact Us
X