Dangers of Radon in Your Well Water

Radon is a naturally occurring radioactive gas that comes from the natural breakdown or radioactive decay of uranium. It is usually found in igneous rock and soil, and most homeowners are concerned about radon levels in the air in their homes. However, radon may also seep into groundwater, affecting well water connected to homes. When radon is in your water, it is released into the air via showering, washing dishes, and other water uses. If radon water levels are not tested, it can be difficult to assess the true radon levels in the air.

A professional water company is highly recommended if you fear you have radon in your water. National Water Service is equipped to handle radon water testing, evaluation of radon levels in your water, and radon water treatments in addition to recommending radon water filter treatments. Whether you are facing a concern with your home or your business’ radon levels, contact a professional water company near you to get it handled today. It could save a life! 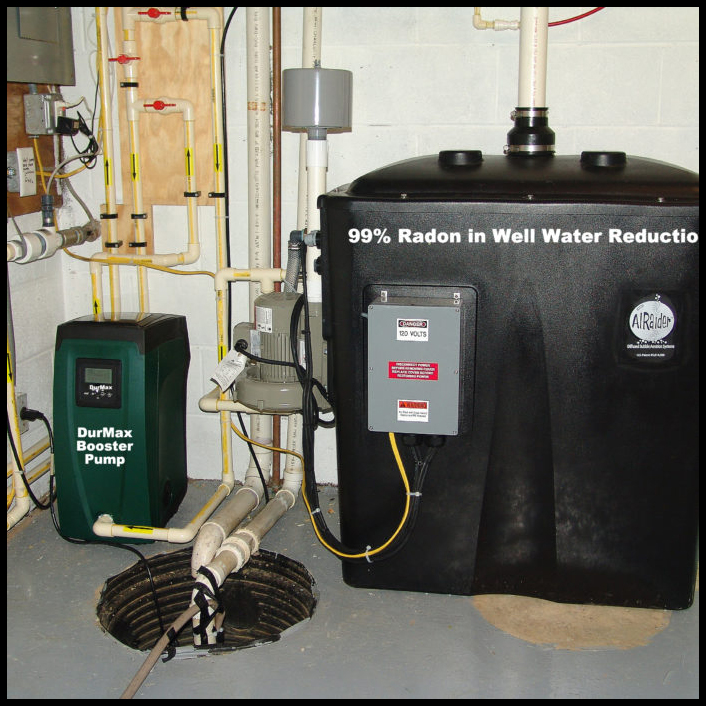 What is Radon? Our Experience with Radon Water Testing 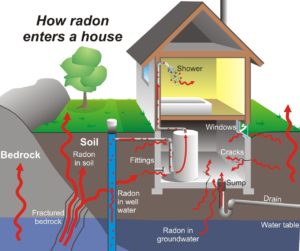 Radon is measured in Pico Curies per Liter (pCi/L). The EPA recommends that homes with radon levels of 4 pCi/L in the air have remediation installed in the home. 10,000 pCi/L of radon in water adds 1 pCi/L to radon in the air. Levels below 4 pCi/L of radon in the air still pose a significant health risk according to the EPA, Centers for Disease Control, the American Lung Association, and the American Medical Association.

Each and every week, our professional water testers install radon remediation water treatment equipment in homes and offices throughout the entire Maryland area. There are many different types of radon remediation available depending on the level of radon present. For those with higher levels of radon in water, an AIRaider can successfully and dependably remove radon and other Volatile Organic Compounds (VOCs) from your well water through a multi-stage aeration method that provides up to 99%+ radon reduction. For lower levels of radon in water, a carbon tank will remove radon from water to a safe level for home or business use.

The important thing is to contact a radon water testing company near you to understand the risk you have of high radon levels in the air. From homes to businesses throughout the Maryland area, you want to ensure your water is safe for use.

Radon is the second leading cause of lung cancer after smoking

Radon is the sixth leading cause of all types of cancers

Radon accounts for over 21,000 preventable deaths per year according to the CDC 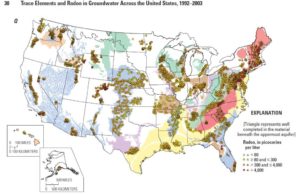 When we think of lung cancer, we tend to assume that lung cancer will occur only for smokers, but that is far from the truth. Lung cancer in non-smokers is the 6th leading cause of cancer deaths in the United States. Radon is the leading cause for lung cancer development in non-smokers. Although you may opt for radon testing when buying a home, it is important to opt for radon water testing as well. Radon in well water increases the radon in the air and puts you and your family at risk.

Radon directly affects the lung in high doses or via continued exposure. Radon risks can cause shortness of breath and difficulty breathing, pain and tightness in the chest, trouble swallowing, and hoarseness. These symptoms can be worse if the exposed person is also a smoker.

Radon can be so dangerous because it takes continued exposure for years before symptoms can be developed or worsen to a point of notice. Although you and your family may feel fine, you cannot know if you are being exposed to radon in your water unless you have your radon water levels tested by a professional and experienced water company in your area. 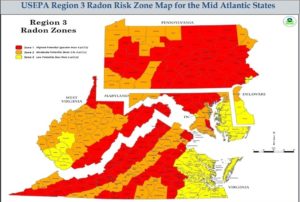 Central Maryland and Virginia have some of the highest concentrations of radon in water in the country. Homes in Central Montgomery, Western Howard, Eastern Frederick, and Central Carroll Counties in Maryland are most at risk for high levels of radon in well water. These include houses built on the Piedmont Province, particularly those built on the zone of phyllites.

Currently, the EPA only requires radon testing in the air, but they have recently decided to re-evaluate that position due to the widespread findings of radon in water. Montgomery County in Maryland was one of the first counties in the country to require radon tests during the sale of a home. This radon testing requirement alludes to radon testing for air quality but does not omit radon water testing.

Over the course of a year, our professional water company tests hundreds of homes in Maryland for radon water levels in well water and groundwater. In past years, our professional water company has found very high levels (up to 60,000 pCi/L) of radon in well water all around the entire Washington, DC Metro Area, specifically in Montgomery County in Maryland, Howard County in Maryland, and Loudoun County in Virginia. This emits a dangerous amount of radon into the air that is dangerous to homeowners.

Per the US Geological Survey, central Maryland has some of the highest levels of radon in groundwater, which our hands-on experience has consistently backed up. In the Mid-Atlantic region, radon levels can be dangerously high, over 100,000 pCi/L. Unless you’ve had a radon well water test, it can be impossible to know what levels you may be dealing with. Our professional water company can provide radon water mitigation systems for homes and businesses alike. 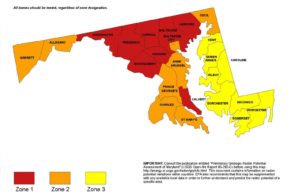 The only way to know whether your home has elevated radon levels is to test your well water. Despite radon’s effect on the body, most locations don’t require a radon water test as part of a home buying inspection process. Instead, the EPA and most states only require radon to be tested in your air, potentially putting people’s health at risk.

This is why National Water Service strongly advocates for radon water testing in all homes. Have your water tested for radon, it could save a life!

If your home is on well water, have your water tested today for radon levels. Give National Water Service a call or contact us online to schedule a radon water test for your home or business.

Get A Quote Today